Earlier today when I was having a discussion with someone about the differences between regular and street-legal golf carts I had my cell phone in my hand. An hour later I got a spam email with the subject line Your Name Came Up For a Club Car Golf Cart Reward. 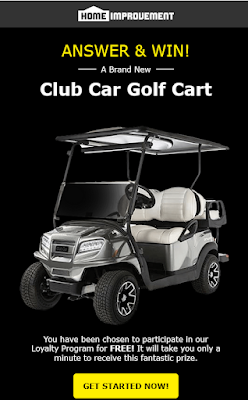 Coincidence? I think not. My phone was spying on me.

I've turned off quite a few sneaky features on my phone, but it seems like whenever there's an operating system update the company throws in a new wrinkle. Time to revisit the issue again. I turned to the internet for advice on figuring out this one, and found a helpful article called Your Phone Is Secretly Always Recording: How to Stop Google From Listening.

I have an iPhone, so there's not as much Google running in the background as there would be on an Android phone, but I followed the directions and turned off things in the Google app. I opened up the Privacy setting and and turned off the microphone permission for everything but a voice recorder app. While I was at it I also disabled "Hey Siri", which I never use.

I'd like to think that my actions permanently shut down all the ways the phone can figure out what I'm talking about, but I know that today was just a temporary fix. The tech companies will figure out a new way to do it, and I'll have to repeat my work again.

Five years ago today: I'm A Guardian of Magnificent Wisdom