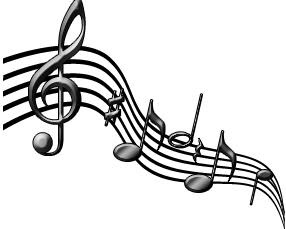 I'm part of a group that's organizing a women's spiritual retreat that will take place later this fall. The group has a Music committee that's in charge of all things musical for the weekend, but a small portion of the team (including me) was also asked to find a song that has a special meaning for them to share with the entire assembly.

The first thing that came to mind was something I heard at a similar retreat a couple of years ago. The song was written by a deacon at my church. Although the song's melody is nice, it was the lyrics that really moved me, and I thought it would be nice have the song's words printed out for everyone to take home with them.

However, our team is trying to follow copyright laws scrupulously and not use anything without the composer's consent. I've heard that can difficult to get, but since I know the person I figured he would help me out, so today I asked for, and received, explicit written permission to use and print the lyrics to a copyrighted song.

It only took a couple of hours to get his consent. The composer sent me a copy of the lyrics with a footer indicating that I have permission to use it for this specific event only. I'll include that information on all my photocopies. Hopefully that will keep anyone else from using them without asking first.
Posted by Kathy G at 6:45:00 PM