For many years I've had two hanging pots filled with spider plants.  They spend the summer outside, and winter in a sunny window in the kitchen.  I repot them at the beginning of each season (removing half of the plants from the containers and giving them away); by the time the weather cools off the pots are full and lush again, with multiple hanging plantlets.

The old deck that we replaced two summers ago had large hooks screwed into the underside of the top rail that I could hang the planters from.  This new deck top rail has no lip.  There's nowhere to put hooks, and the rail is too thick for standard brackets to fit over.  For the past two summers I've been looking for a solution, and haven't had any luck.

This year when I brought the spider plants out I set them on the deck table and swore that was only temporary.  After a month they were still there.  We'd move them to the ground when we ate dinner outside, then put them back on the table when we were done.  It was getting to be a real pain.  Last weekend Hubby Tony and I were browsing at the garden section of a hardware store when I saw the cutest decorative metal stands.  They had a wide scroll base at the bottom and a basket hook at the top.  There were several colors on the shelf.  I choose one green and one yellow. 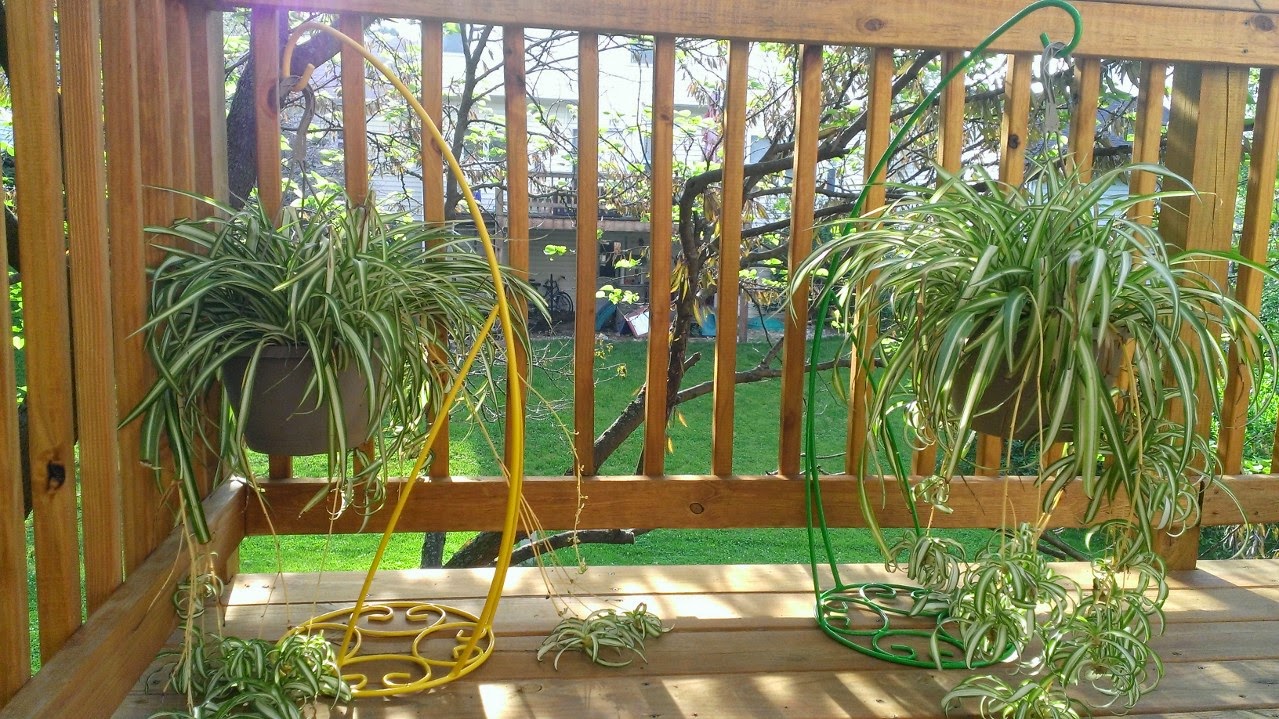 I set them up on the deck, and realized they could be a little taller; some of the spider plantlets are dragging on the ground.  When I get around to repotting, I'll remove the longest ones.  That should take care of the problem.