Time For A Shower 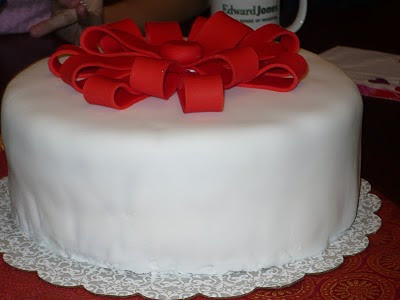 Yesterday I took a road trip to Fulton Missouri to attend a bridal shower as Mother of the Groom. The afternoon included a lot of food, a lot of fun, and a LOT of presents.

I'm used to making trips to Columbia Missouri to visit Son Brian and fiancee Nicole. That's a two-hour trip. Fulton is incrementally closer; it only took about an hour and forty-five minutes to get to the house where the shower was being held. Dana, the hostess, did a great job of marking the turns to her house with bright pink signs.

When I arrived, Dana was just putting the food out. It was fun to talk with the women I didn't know and find out their connection to Nicole while we were eating. After everyone arrived it was time to move on to the planned activities.

It wouldn't be a wedding shower without games:
Once the games were over, Nicole got down to the real reason for the event-the presents. She got a great selection of things for the kitchen, bedroom, and bathroom. After all the presents were opened and the guests had dispersed, the family met up with Brian for dinner. He was interested in everything that had gone on, but sounded relieved that he'd not been part of the festivities.
Posted by Kathy G at 5:06:00 PM