The Same, But Different

Wednesday was Son Donald's birthday, but that night he had a commitment that wouldn't get him home until long after dinner.  I knew he'd be hungry when he arrived, so I asked him if he'd like me to fix something special that could be waiting for him to heat up.

I've lost track of how many years in a row he's requested Oven Fried Rice on his birthday, but I wasn't surprised when that's what he asked for this time.  However, we've been eating a lot of brown rice, so with his permission I changed things up and substituted barley.  I also added a bag of frozen edamame to give the dish a little more protein.

It wasn't bad, but the barley got a little dried out in the oven.  Next time I'll knock ten minutes off the baking time. 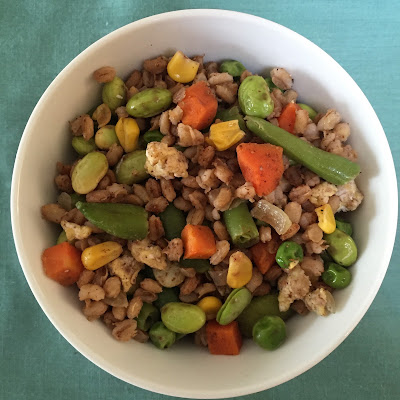