The Evidence Is Orange

The other morning when I came downstairs there was a beautiful bouquet of flowers on the kitchen island, compliments of Hubby Tony. The mixed blooms included, among others, several large orange tiger lilies. Like this one: 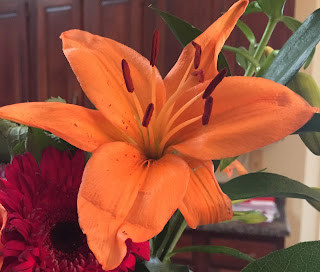 Later in the day I had to leave the house to run some errands. Knowing that the cats like vegetation I asked Son Donald to keep an eye on the vase whenever he was in the kitchen. He did, but sadly he couldn't be in there the entire time. I came home to this: 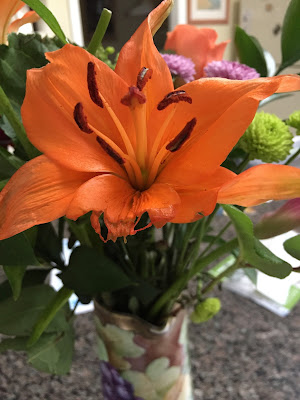 And there was no denying which cat did the deed.  Check out the smear on Jackson's cheek: 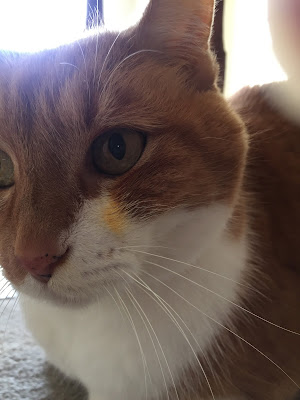 The arrangement was moved to the fireplace mantel in the family room.

Five years ago today: Are You Who I Think You Are?