Having trouble understanding this post's title?


• MLS - Major League Soccer, the top level of the men's sport in the United States
• 4 - for
• The Lou - a nickname for the St. Louis, Missouri metropolitan area 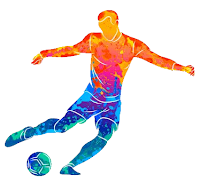 Does it make sense now?

Yesterday the MLS Commissioner came to town to announce that our city has been selected for an expansion team, which will start playing in 2022. The ownership group is female-led (the first in the league), and contains several women from the Taylor family that controls the Enterprise car rental company.

Much more needs to be revealed, but I'm excited by the announcement. My boys all played soccer in elementary school (and some of them continued on into high school). When they started I didn't know the first thing about the game, but over the years I grew to understand and love it. I've been to MLS games in Kansas City and Chicago and they've been a lot of fun. Now I won't have to go on a road trip to see a game.

Five years ago today: Can A Guy Get A Little Attention Here?
Posted by Kathy G at 9:36:00 PM