A Navy Blue And Black Kind Of Day

When the alarm went off this morning it was perfect going-back-to sleep gloomy.  I grumbled and got up anyway, because I had a full To Do list of things that needed to get done around the house. The forecast called for rain and falling temperatures, so after my shower I put on jeans and a casual tee shirt. However, after an hour I realized the temps hadn't fallen yet and it was hot in the house.  I went upstairs and swapped the jeans out for a pair of shorts.

At this time of year I'm used to changing clothes multiple times a day, and there's always a collection of barely-worn items in the closet that can be used a second time. Today that collection included a pair of black shorts. As I was putting them on I realized that I was wearing a navy shirt, which any good fashionista would say clashes with black. I decided didn't care, because it was no one around to judge.

As the day unfolded I made some work phone calls and recorded the responses.  I swapped out the warm weather bedding and accessories, then washed all the linens and put everything away until the fall.  I watered the houseplants and dusted up the oak pollen before I put them back in their spots. I cooked, ate, and cleaned up lunch, and later did the same thing with dinner.  The only time I left the house was to get the mail, but since it was raining there was no one to see me.

All day long I had the kitchen window open, and as the day wore on the breeze coming in got cooler and cooler. By the time I headed out to an evening meeting it was cool enough to put my jeans back on. I kept the tee, though, because denim goes with everything 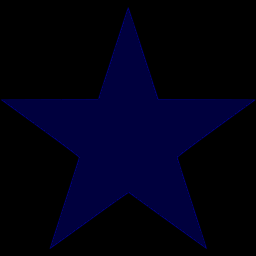