The Seventh Day of Christmas

On the seventh day of Christmas,
my true love sent to me
Seven swans a-swimming,
Six geese a-laying,
Five golden rings,
Four calling birds,
Three French hens,
Two turtle doves,
And a partridge in a pear tree.
Seven plus six plus five plus four plus three plus two plus one equals 28 birds. That's quite a flock! In my mind they're all starting to run together.
Wikipedia says:

The word goose (plural: geese) is the English name for a considerable number of birds, belonging to the family Anatidae. This family also includes swans, most of which are larger than true geese, and ducks, which are smaller.

Even though we don't have many swans in our area, we do have geese and ducks. When I was out running errands this morning I stopped by the lake at a nearby city park; I thought I'd see something swimming around, but there wasn't a bird in sight. 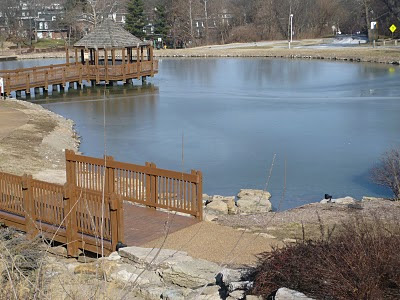 I guess I shouldn't have been surprised. The temperature was only 19 degrees, with a wind chill that made it feel half that. I saw these "duck prints" on the hardened surface of the lake. 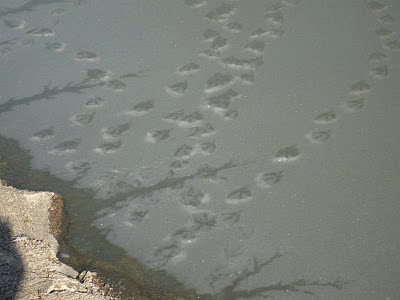 Even though I couldn't see any real swans today, when I started thinking about them it was amazing how many times I found examples as I went through the day: 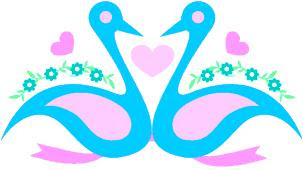 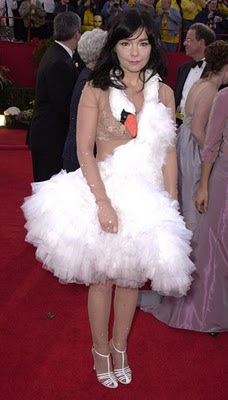 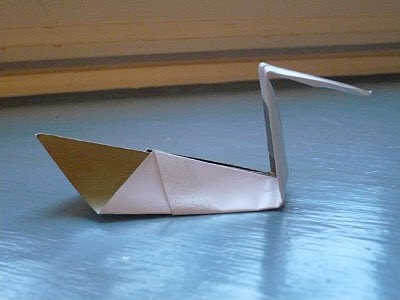