The Coupon Fairy Was Here

Several weeks ago the mail carrier delivered a post card from a fast casual Mexican restaurant that had three coupons on it. One coupon was for a Buy One, Get One Free entree, one for a half price entree, and one for free chips and salsa with  the purchase of an entree. I hadn't been to this restaurant in a long time, and it sounded good, so I put the coupons where I would remember to use them.

Between then and now the postcard has gone out of the house with me multiple times, but I never managed to make it to the restaurant. One day I spilled water on the card. When it dried it was still readable, but unattractively wrinkled. Yesterday I took a hard look at the coupons and realized that they expired on Sunday. At this point it was use or lose them!

I was by myself for dinner tonight, and decided to eat at the restaurant. The coupon fine print said you could only use one per visit. I wanted to eat light, so free chips and salsa did not sound attractive. Before I left the car I tore off the half price entree coupon and threw the others in my purse. Once inside I ordered a burrito bowl (meaning no tortilla), swapped out the rice for double beans (black and pinto) and topped the beans with fajita vegetables, green salsa, lettuce, guacamole, and a sprinkle of cheese. When they rang up my order the total came to less than four dollars.

I asked for my food to go so, then sat at one of the tables directly outside the restaurant and ate.  As I finished up I realized that even though I couldn't use any of the other coupons maybe someone else could.  I tore my address off the post card and tucked it underneath an bottle someone had left on another table.

As I was walking back to my car another customer pulled up. I got his attention and told him about the coupons, saying I hoped someone would be able to get some use out of them. I saw him picking up the postcard to carry in with him as I pulled away . 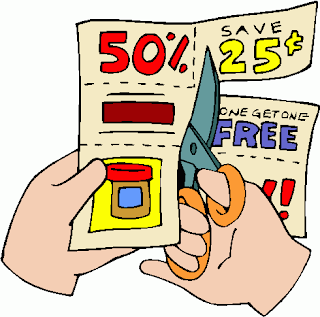 Five year ago today: The Stars Told Us To!