Last week, just a couple of days after I'd enjoyed a meal that included hummus at an Israeli restaurant, Stefani at Cupcake Project posted a recipe for a more unusual bean spread.  Her Chocolate Hummus (which used garbanzo beans, chocolate nut butter spread, honey, and brown sugar) promised that it was "so decadent that you can use it in place of chocolate frosting".

I sent the link to several people in the family asking what they thought.  Responses ranged from 'interesting' to 'I dunno'.  One person suggested it might be better with a white bean, thinking the milder taste wouldn't overwhelm the chocolate flavor.  Based on the responses, it sounded to me like some experimentation was in order.  Last night Hubby Tony and I went to an event that asked us to bring a table snack.  I volunteered to make a plate of bite-sized cupcakes.  Guess what they'd be frosted with?

Saturday afternoon Operation Chocolate Hummus commenced.  First I made the recipe a la Stefani.  I pulsed the garbanzo beans in the food processor, added the rest of the ingredients, and processed it some more. The finished product was good, and properly chocolatey, but (even though I pureed it for several minutes) still a little grainy.  It also didn't have the same mouth feel of a frosting that contained fat.

Next I made the same recipe with white beans.  Because they're naturally softer and less starchy,  I realized putting in the honey would made the hummus too soft to use as frosting, so I left it out and added additional brown sugar.   The result was still too runny to put in a piping bag.  However, it made a wonderful dip for fruit.

I arranged my mini vanilla and red velvet cupcakes on a serving plate, piped a large swirl of hummus on top of each, then put it in the refrigerator to help the hummus set.  After dinner I covered the plate and carefully carried it out and set it on the floor of Tony's car for the drive.

I didn't tell anyone at my  table what the secret cupcake ingredient was.  When the plate was passed around everyone took one or two.  Not many went back for seconds.  I don't know if it was because there was so much food on the table or they didn't care for mine.  No worries, though; it allowed me to take home a half-plate of cupcakes for tonight's dessert. 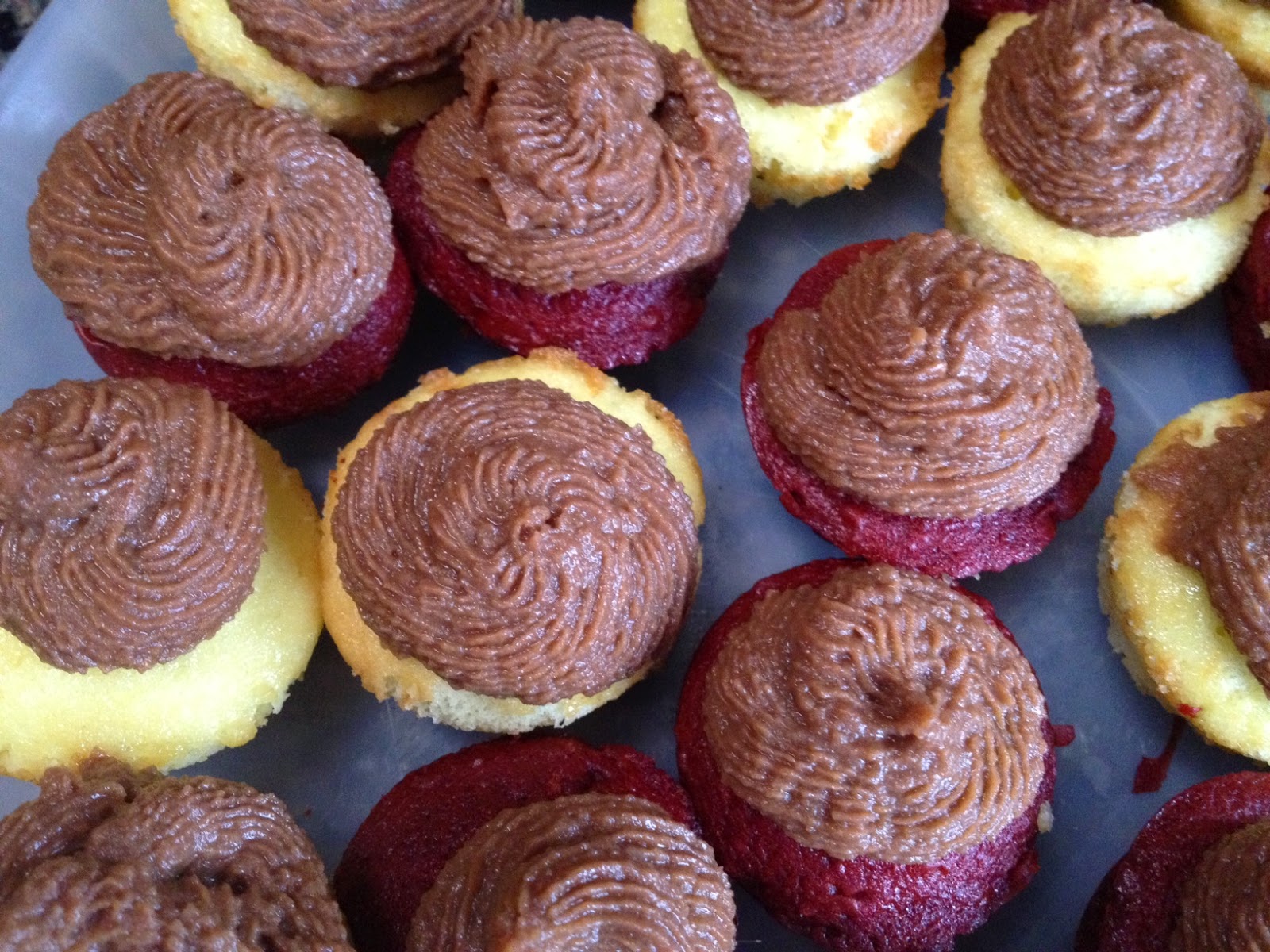