As I settled into my seat next to Hubby Tony before Mass tonight I heard noises coming from the pew behind me.  The people sitting there were either laughing and trying (not too successfully) to stifle it or crying.  At first I couldn't tell which, but after a couple minutes I realized there was something they found really funny. 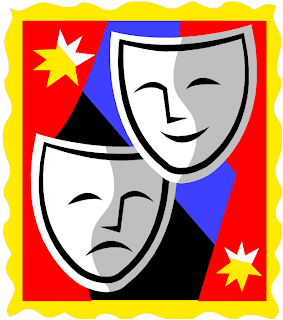 The quiet giggling would stop for a couple of seconds, then start all over again.  I tied to concentrate on studying the week's readings, but I really wanted to turn around and see what they were up to.  That would be rude, though, so I refrained.

Once Mass began they stopped.  When I sat back down after the opening prayer I tried to sneak an unobtrusive glance their way, but didn't have any luck.  It wasn't until the Sign of Peace I could legitimately turn around and look behind me.  The people turned out to be a normal-looking older couple. We shook hands with no mention of what had transpired earlier.